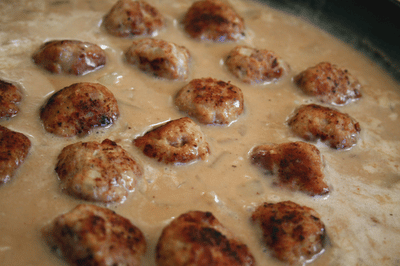 Gluten-free, slow cooked, Swedish turkey meatballs. That’s a ton of adjectives, but this meal has a ton of goodness and flavor. You can make part of this meal the night before by making the turkey meatballs and refrigerating or freezing them (if frozen, make sure to thaw before cooking). The following day, make the gravy and put everything into the slow cooker “crock pot.” It’s a bit earthy, a bit creamy, and totally delicious. Serve over egg noodles or even brown rice for a nutrient-rich twist!